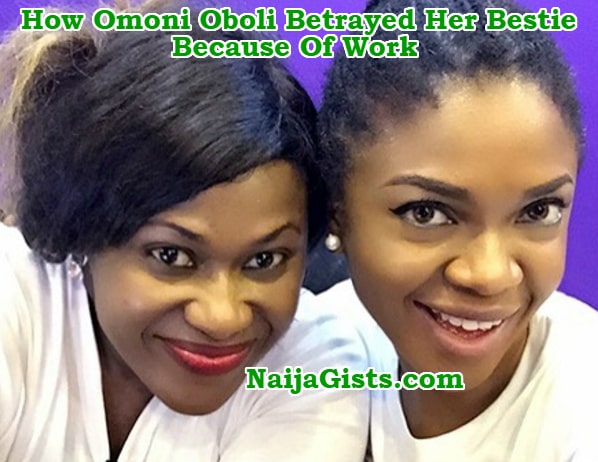 A cold war is brewing between three top Nollywood stars.

The sisters currently embroiled in a bitter war of words are Ini Edo , Uche Jombo and Omoni Oboli.

Uche Jombo who has always supported Omoni Oboli was betrayed yesterday when her bestie shunned the premiere of her directorial debut movie, Heaven on My Mind.

Omoni Oboli who in the past received overwhelming support from her colleagues broke everyone’s heart by her absent.

The actress who cited work as her reason for missing the event was furiously dragged on the social media yesterday by the co-producer of the movie, Ini Edo who called her a sycophant and hypocrite.

“There is no production in this country that will hold you back on set knowing that your supposed bestie is premiering her directorial debut. So please just stop with the sychopancy and hypocrisy, I guess it’s called instagram love. Well, the premiere was successful…so we’re good sis” Ini Edo wrote on Omoni Oboli’s post.

This is a confirmation to what Iyabo Ojo about Nollywood stars yesterday.

These celebrities don’t have genuine love for each other. Everything you see on their social media pages is cover up.