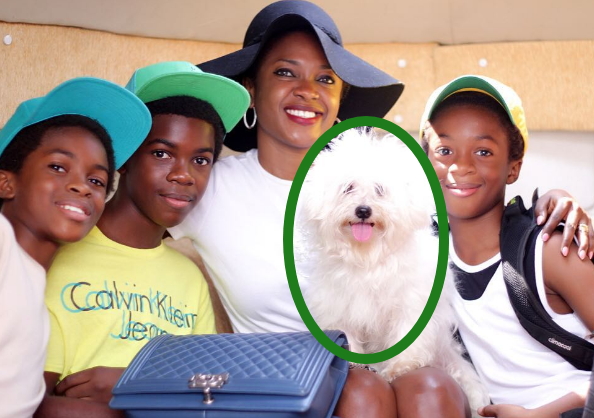 Nollywood actress and producer Omoni Oboli, who yesterday posted a photo she took 2 years ago with her three sons on Instagram, has disclaimed the furry white dog in the picture. 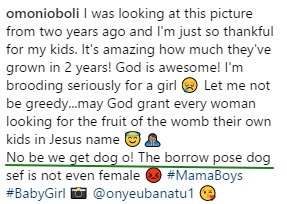 Recently two celebs KC and Oge Okoye were lambasted for posting photoshopped images claiming to have made some cash and another person’s dog respectively as theirs.

They were exposed after true owners disgraced them on the social media.