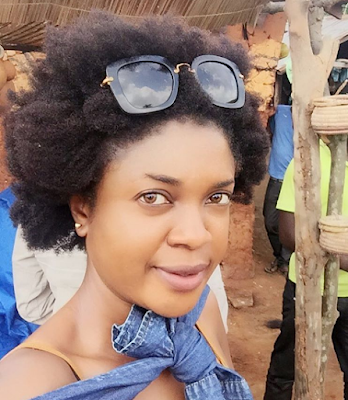 Nollywood actress Omoni Oboli recently took to the social media to condemn how some hoodlums have been making life a living hell for her and her crew members in Lagos.

In a series of tweets, the filmmaker said, “This is what is going on my set right now!!! Why can’t I work on peace in Lagos? Someone should help me tell the governor! #FedUp pic…”

Omoni who posted a video of some street urchin further lamented:

“’I am totally fed up! Shooting in Lagos State is such a difficult experience. I’ve been settling area boys everyday yet they still fight us. The other day, they broke a bottle to stab my crew and seized my van key. You have to settle different factions. I’m a tax paying citizen of Lagos State. As filmmakers, we pay taxes even on a loss.”

While many sympathised with the actress, condemning the activities of ‘area boys’ in Lagos, some felt she over-reacted.

“If you are fed up with Lagos, go and join your other colleagues in Asaba,” said one Jide Benson.

“Stop blackmailing the state. Have you tried calling the police? Imagine her talking about the military. Let the military help you na. Leave Ambode alone,” said Nosa Emmanuel.