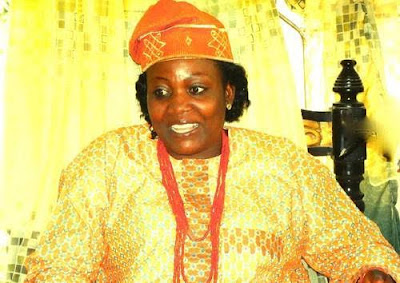 Ondo female monarch, Princess Oluwatoyin Omosowon has regained her freedom from the den of her kidnappers.

According to sources in Ondo, the regent was freed at a location in Ose Local Government of Ondo state this morning after the payment of an unspecified ransom.

“I can confirm to you that our Regent has been rescued. She was seen in the palace this morning. I heard she was brought to the palace by security agents,” a palace source confirmed.

She was kidnapped in Akure two weeks ago while heading to FUTA for a lecture.

The kidnappers released two of her aides before taking her to a remote village in Ondo state.