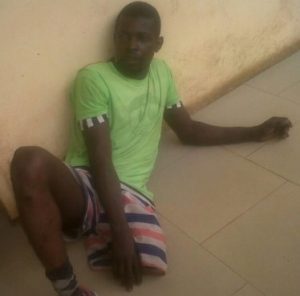 The suspect who lost his left leg at childhood was caught over the weekend around 11pm at 4 Moshalasi close in Shasha after he broke into two shops in the complex. 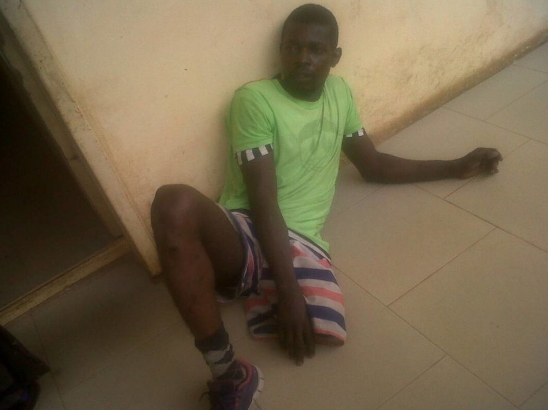 While pleading for his life, the father of 3 said he frequently burgles shops in the area at night and that he removed his artificial leg and climb the ceiling of the 2 storey building when he saw some security men inside the plaza. 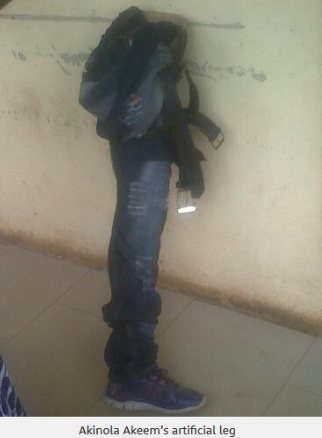 Shortly after his confession, he was whisked to Shasha Police station.

He was remanded in prison custody by the Presiding Magistrate of an Ejigbo court over his inability to fulfill his bail condition.

Akeem is expected to return to court on April 25.

Continue Reading
You may also like...
Related Topics:lagos, one legged robber