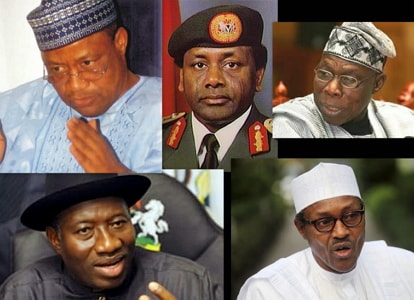 Are there heroes, heroines and villains in the real sense in Nigeria, particularly if the definitions of the terms are followed?

Heroism and villainy are both function of deeds; they also relate to time and space. In our time, anyone can be addressed as a hero or villain. In the days of Chief Obafemi Awolowo, Sir Ahmadu Bello, Michael Okpara and Dr. Nnamdi Azikiwe, their deeds only elevated them to the gilded pantheon of heroism. Nothing else, they were no average Joes. These colossuses exhibited commitments to causes, targets, ideas, that were accepted by not only the heroes but by people who identified with the heroes as worthy people, their pursuits and celebrated them.

In our day, however, the standards for shaping people who should be addressed as heroes are not clear. Goodluck Jonathan abrogated the rotational presidency agreement of his party but he is venerated in the eyes of people in his geographical region, South-south and you dare not speak ill about him over there. I know that much because I was in Port Harcourt for more than a decade.

Olusegun Obasanjo wanted to run for office for the third time against the reasoning of the constitution and Ibrahim Babangida annulled June 12, presidential elections, however, both are consulted widely with photo-ops by would-be political office seekers without constituencies seeking for elective offices.

Jingoists have cashed in on this to cunningly robe people on ethnic or regional basis. Muhammadu Buhari is a hero to many people in the North and Southwest and a villain to others outside of these regions.

Owing to the deal with Senator Ike Ekweremadu who is a deputy senate president in the 8th assembly against democratic norms, Senator Bukola Saraki is a hero before many people in the Southeast and South-south regions of Nigeria. They could Billy-club you for daring to say that he is not a true democrat. ”One man’s hero” it is said, “may be another man’s villain.”

To rally the national troop for national growth like Chief Obafemi Awolowo, Sir Ahmadu Bello, Michael Okpara and Dr. Nnamdi Azikiwe did is out of fashion. What matters are to deepen the age-old chasm that had been created regionally. “Authentic heroes pursue a cause which must gladden the hearts of all. Heroes act out heroic script without fail.”

What comes to your mind when you think of Adolf Hitler? Good! How about Abraham Lincoln? Well said!

Lets us go further to Richard Nixon and Bill Clinton. What can you remember about them? No! Their legacies were destroyed by careless mistakes that they made.

Can you compare any politician in this era to Chief Obafemi Awolowo, Sir Ahmadu Bello, Michael Okpara and Dr. Nnamdi Azikiwe? What is your own definition of a hero?

Do these people qualify to go to Valhalla?

About the author:  Simon Abah writes from Abuja

Continue Reading
You may also like...
Related Topics:heroes, nigeria

Why Many Nigerians Are Living In Extreme Poverty
Hypertension And “Oro”, The Cryptic Attacker