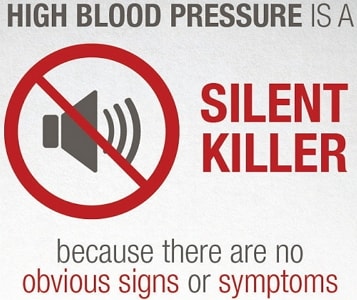 In my youth, living in the midst of my family in those days, frightening stories of a mysterious and unseen killer used to be told. It often goes thus: a supposedly healthy individual, be it female or male, had in a typical night retired to bed.

Prior to going to sleep, he or she may have had an altercation with a neighbour. In the alternative, he or she may be perfectly well and just returned from the farm or local market, had a meal with the rest of the household and, thereafter, retired to sleep. However, in the middle of the tranquil night, the person having a supposed rest with his or her family began to struggle for survival. In the course of the raging battle, he or she may have shouted for help as being attacked by a mysterious and unseen intruder. He or she may also be gasping for breath because she feels suffocated and in the grip of death. On waking, the apparently healthy person that went to bed last night had by this morning become paralysed on one side of his or her body. If the person who suffered the paralysis is alive, he or she is lucky.

On the extreme, he may not actually be alive to tell the event that happened at night. Such story, the victim might say, is that he saw a body coming through the window usually, delusional, at night and that on upon entry, began to press him down the bed and suffocating him or her.

In the local folklore, the paralysis is often attributed to a supernatural and cryptic attacker called “oro” or pronounced as word in Yoruba Language. Further, the attack may wrongly be blamed on the neighbour who had previously had an argument with the victim. The neighbour acting on malice is believed to have transformed to or have sent a third party called “oro” to attack the victim. The tale that I have narrated above is rampant in many Nigerian and African cultures albeit in different versions and nomenclature.

However, unknown to the people who believe in the folktales that I told above, the tragedy that befalls the individuals that I have illustrated, causing sudden death or stroke with paralysis have its foundation in high blood pressure or in medical terms Hypertension (that is, a tension of the blood flow through the body that is high (Hyper). Again, the stroke and paralysis that occurred at the time of the alleged malicious attack are due to high blood pressure disease.

Therefore, in the coming weeks, I will be dealing with the scourge of a disease that is popularly called the silent killer— a rampant and ferocious attacker: a ubiquitous and serpentine enemy lurking in our midst.

Let us borrow a leaf from the World Health Organisation (WHO) to help us with the definition. “Hypertension, also known as high or raised blood pressure, is a condition in which the blood vessels have persistently raised pressure. Blood is carried from the heart to all parts of the body in the vessels. Each time the heart beats, it pumps blood into the vessels. Blood pressure is created by the force of blood pushing against the walls of blood vessels (arteries) as it is pumped by the heart. The higher the pressure the harder the heart has to pump.”

If we are to write the first set of figures as the reading for an individual, it will be written thus: 120/80mmHg. The upper one is systolic and the lower one is the diastolic blood pressure readings.

Normally, except there is some interventions, the more an individual ages, then the more the progressive hardening of the blood vessels and hence the higher the blood pressure. A child’s blood pressure is rarely measured clinically except there is a good clinical reason to do so. A person who is 20-30 year old and weighing normally, should have a reading in or around 120/80mmHg.

A person who is 60 and above may have a blood pressure reading of say 150-160/85 without much concern. The circumstance where and when the blood pressure is measured is of paramount importance.

Someone who had just failed an examination or heard of the demise of a relative might have his or her blood pressure raised. various social and geographical locations may also affect blood pressure readings.

Continue Reading
You may also like...
Related Topics:attacker, hypertension, oro