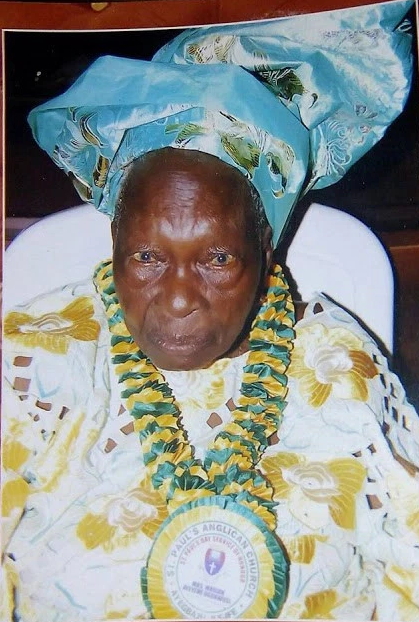 Olori Mariani Adeyemi Ogunwusi, the grandmother of the current Ooni of Ife has died.

She passed away yesterday at her house in Ile Ife around 4:30am

The deceased reportedly had the premonition of his death.

“God, I thank you for keeping me alive to witness a dream of over 40 years. I am now ready to return to you in heaven for eternity and will be able to tell my husband of this manifestation of our 1974 dream.”

The Centenarian is survived by her only son, Oluropo Ogunwusi and 12 grandchildren.

Meanwhile a palace guard identified as Marcus Olatunji was shot dead by some suspected robbers in front of his house yesterday.