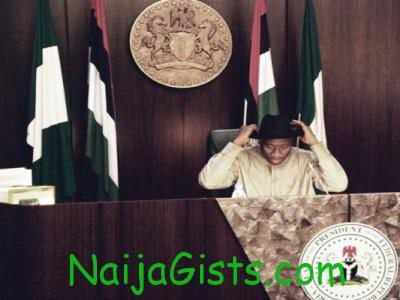 June 3rd, 2012 – Open Letter To The Legislators And President Of Nigeria

Financial mismanagement can be defined as:

The usurping of the financial disposition for purposes other than for the benefit of the enterprise which deliberately undermined the management of the finances of organization or government, in order to achieve personal financial gains and aggrandisement!

Taking forward a structural and well managed government the key objectives of structured financial management would be to:

• Create wealth for the people and country

• Provide an adequate return on investment bearing in mind the risks that the economic growth is taking and the resources invested by maintaining continuity in the well being of the populace and full employment opportunity in the country!

There are three key elements to the process of good governance that has intention to manage our resources efficiently!!

Government needs to ensure that enough funding is available at the right time to meet the needs of the running of the parastatal, local government and all viable investments and sustenance of same, pay employees and fund welfare programmes, education and health related facilities and projects!

Inventive projects that would create economic growth and not simply quantitative easing by turning Nigeria into a screw driver country where all we do is assemble knocked down parts and we remain technologically dormant and stagnated!

To the contrary, Nigerian Governments over the years are found to lack due diligence in all aspects of good governance!!!

Examples of our lack of due diligence apparent to everyone are:
A) our national shipping lines were seized around Europe because of failure to pay mooring fees! Please remember this viable enterprise existed barely for 10 years before it became defunct!!!

Nigerian Airways planes were seized in France for our failure to pay landing fees! The amount owed the French government was Less than the cost of one of the four planes seized.
C) our four refineries are derelicts and not functioning for lack of maintenance and we now pay subsidies to charlatans to re-import our refined crude oil from another country making us pay exorbitant fees for fuel!
D) our hospitals are poorly equipped and doctors are made redundant over pay issues!
E) No electricity for the last 50years that could be made available for 5 hours without interruption.
F) There has been no running tap water in my house since I have been born, l have to buy it! The bore-hole water is not clean and a health hazard!
G) the roads are badly managed and full of pot holes!
H) telecommunication system does not work and I have to rely on mobile phone paying charges beyond my means!
I) salaries have not been paid for months
J) corruption at all levels and now reason to join the police force to enrich oneself or join politics to embezzle money!

No one seems to account for any significant additions to the productive capacity of the country since the colonial masters left!

• Are assets being used efficiently?

• Are the government assets secure?

• Do management of our resources yield and the disposition in the best interest of stakeholders the Nigerian people and in accordance with economic policies?

We break the rule in financial decision-making when it relates to investment, this is because decisions by our leaders have been based how much bribe they would get regardless of the uselessness of the project! Aero ballon project is an example! Greedy Leaders signed the contract knowing that it was useless and a waste of public funds!! We ended up paying millions for the breach of contract when we cancelled the useless project. Americans (Andrew Young and Kellogg) benefited from this financial madness and recklessness! Allies are bloodhounds just out to exploit our stupidly and crass society!

• A key financing decision is whether we need it for the advancement of the country or we are embarking on a white elephant project?

No leader has anything to show for the advancement of the country! So why are they in government? This is because majority of our people are ignoramus and would vote in anybody as long as, they are popular! A crack head can rule Nigeria even a prostitute could be made our president if she is bold enough to promise crap for all.

Unless we rethink and stop these undeserving elements who are depraved waste of humanity would ensure that by their ways, the country is doomed!!!
Pastor Peter Akinola has spoken but no one is listening!!!! I pray for Nigeria!!

Based on the above, the constitution must be amended and my referendum as proposed is stated below:

Nigeria’s constitution must be changed! And Now or Never!!!!
We have all over Black Africa leaders who occupy office who have no clue or intellectual capacity or endowment to change our lives rather they take control of the government with the sole aim of embezzlement and aggrandisement of self import stance! Their ineptitude, lack of vision, intellectual ability and capacity to govern is glaringly obvious and simply put they are idiotic in all manners of governance!

We are suffering in silence but the time is now right to create the change!!!!
What we have in Nigeria are cerebral and meditative characters capable of physical representation as head of state without any quantum of substance or value of credulous acumen to run a toilet business!
This primal indolence is festered by people of Nigeria who lack the understanding of what the government and politics are! The failure to meet such responsibility as head of state due to lack of mental endowments should be sufficient grounds for impeachment! If we as a society are unable to take appropriate action, the consequence is that we remain in the doldrums of reverse growth and depravity! It is essential for our advancement to embark on a campaign of SAFE NIGERIA NOW-because all the damages done to the country and failure to improve the qualities of our lives, would continue to be perpetuated since all those responsible for the wanton waste should have been impeached and sentenced to death or life imprisonment! To the contrary the people of Nigeria will team up with these national treasury looters and hail them as the greatest bastards that ever walked the earth. The actual heroes are buried and forgotten and such people like Late Saro Wiwa who with exultation fought for the emancipation of his shell shocked riverine people whose lives have been ruined by Shell petroleum, would despite the destruction, be prepared to please the master.

The cleansing must start now and our constitution must be amended to state that any government in power which does not by action create a single event during the tenure of office must be indicted, impeached and removed from power and replaced by an interim Government pending a new election!

This movement is to ensure change and advancement of Nigeria and black Africa in general!

If you support this referendum, please sign here and pass on to people you know wherever you are before presenting it to the legislators for constitutional amendment!
My best regard for a country l love!
Abiodun Ogunseitan