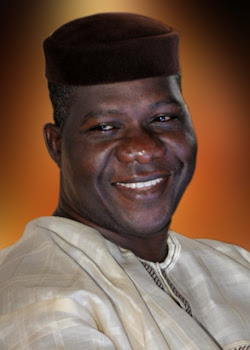 The crisis rocking Ekiti State chapter of the All Progressives Congress (APC) took another dimension as operatives of the State Security Service (SSS), arrested Chief Remi Oguntuase, a strong supporter and close associate of the House of Representatives member and governorship aspirant, Mr.  Opeyemi Bamidele.

No official reason was given for the arrest, but sources said it was another strategy by Bamidele‘s known opponent to further attack him over the popular support he got from the public during his disrupted guber declaration programme last Thursday.

Confirming the arrest to newsmen in Ado Ekiti, a leader of Ekiti Bibire Coalition, Bamidele’s political platform, who preferred anonymity, said six SSS operatives on Monday stormed Oguntuase’s residence located at Onigari, GRA in Ado Ekiti at about 11am and held no fewer than 10 occupants of the house hostage for about forty minutes the operation lasted.

Oguntuase had been attacked repeatedly before by some APC thugs, believed to be working for Bamidele’s opponent in the party.

According to Daily Sun source, the security operatives acted in a gestapo-like manner and in the process wounded the security man at the entrance gate, broke the pedestrian gate before gaining entry into the palatial building.  The source immediately seized the telephone sets of all the occupants, including Oguntuase’s children and wife and ransacked all the rooms in the building.

According to the  source,  Oguntuase was later whisked away in a white Hilux Van alongside his wife to the SSS headquarters located along New Iyin Road in the state capital.

The source, however, confirmed that Oguntuase was later released at about 10p.m on Monday with an  instruction that he should appear at the SSS office yesterday for further questioning.

According to him: “We were inside the house when the SSS operatives broke into the building and ransacked all the rooms.

“They could not find anything incriminating. They only saw cassettes of a Yoruba Poet, named Ologundudu,” the source said.

When asked whether the arrest was in connection with last Thursday’s rally, the source said, “Chief Oguntuase told us that they didn’t ask him any question about the rally. He said they only asked him about the cassettes they seized from him.”

When journalists visited the SSS office yesterday at about 2.15 pm, Chief Oguntuase, who arrived the office at about 10am was still being held. Efforts by journalists to see the state SSS Director, Mr. Samuel Tamuno to clarify the matter was abortive, saying he could not attend to newsmen because they were not invited to his office by him.