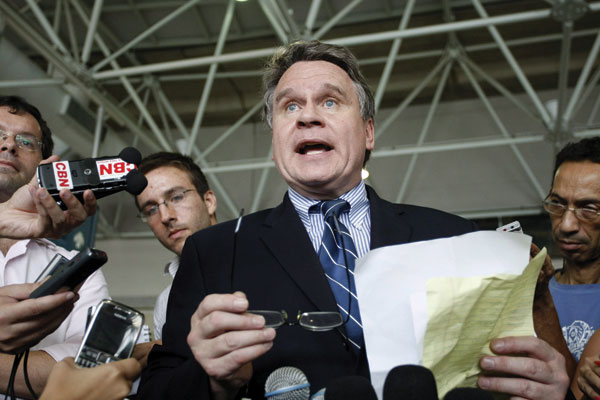 For the first time since the history of dreaded Jihadist sect Boko Haram, the United States congress has announced a planned public hearing for next week.

According to US Congressman Chris Smith, “Boko Haram is an organ that has absolutely misread the Koran. Killing the refugees is something of concern to the  American Government. Next week, we will hold a public hearing on Boko Haram and terrorism.”

Chris Smith who led a delegation of the US Congress Committee on African Affairs to a meeting with the president of the Christian Association of Nigeria (CAN), Pastor Ayo Oritsejafor, some of the hearing will guide the United States Government on the next line of action regarding the growing insurgency in northern Nigeria. The topic of the meeting is the menace of Boko Haram and terrorism in Nigeria.