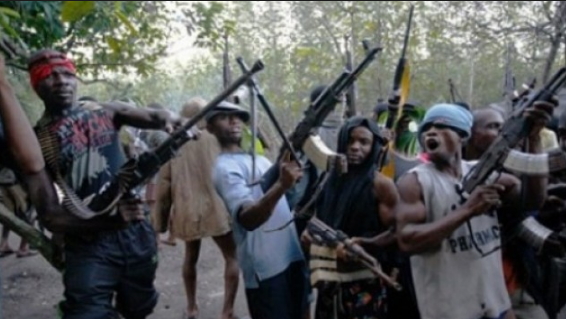 There is possibility that former President ‘Badluck’ Jonathan created the new monster called “the Niger Delta Avengers” with the help of some criminals in the Southsouth region to sabotage president Buhari efforts.

When an Ex-Militant like Mr. Israel Akpodoro speak as someone who knows in and out operations and operatives of the Ijaw Militants, Nigerians must listen to what he has to offer.

Those who spent about $3 billions of defense grant and looted the country to bankruptcy to bribe people for reelection victory and election fraud can do anything to sabotage whosoever defeated them in the 2015 presidential election.

It is no surprise that President Jonathan was very close to Dokunbo Asari, Gani Adam other militants in the South-south and Southwest.

He even awarded those vagabonds billions of naira worth of federal contracts to protect the oil pipelines across the nation. The bond between Jonathan administration and those militants during his administration is authentic. Mr. Isreal Akpodoro claim that he created the new monster called Niger Delta Avengers.

The dumb Niger Delta Avengers should be carrying their vengeance on criminal Jonathan, Ms. Madueke-former Petroleum, Fani Kayode, Raymond Dopesi, Dasuki, all Southsouth governors, and thousands of other looters who embezzled billions of dollars of public funds for their personal use.

They should be angry with James Ibori, and former Bayelsa state governor serving jail term in London for money laundering of over £150 millions.

It is a pity that majority of the Southsouth youths that are currently being used by Jonathan and other politicians in that region to carry arms against Nigeria government are ignorant fools.

The wicked politicians gave you guys guns and ammunition they purchased with your money to put your lives at risks while their children are abroad enjoying their father’s and mother’s loots.

Shame on those that have been brainwashed because of ignorance, lack of commonsense, and knowledge by our wicked politicians to be used and manipulated like common tools.

The Bible says, ” My people perish for lack of knowledge.”

You are roaming about the thick forests, while Jonathan and other politician’s children are living large and in wealth in their bases in United States, UK, Canada, Dublin, and in Europe.