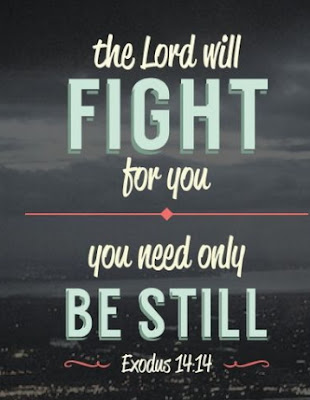 June 6, 2016 – Opinion: Why Do Muslims Behead Christians For Insulting Allah, Why Do Christians Hold Their Peace When Jesus Christ Is Insulted?

Brethren I come with a prophetic news. I know saying this would be annoying to some of you,but please i am speaking to the people of God.

I challenge you people to read this and to search your  scriptures also the antichrist religion is I**am. Why do I make such strong accusations?

1)he commeth in peace but he is not peaceful.which religion claims to be peaceful but in reality they are not?

2)in revelation the bible says and the souls of those who have been beheaded for the testimony of JESUS.who beheads people? Saudi arabia has the highest record of beheading of christians and also there are many sayings in the muslim books that says muslims should kill the unbelievers where ever they find them.

The antichrist in the bible uses force to make people worship him and kills those who dont.who uses similar practice today?

3)he who has understanding let count the number of the beast for it is the number of a ‘man’.today if u say anything bad about their prophet u risk loosing you life
can i say this man is the prophet in which they are ready to kill for.

Who glorifies a man today to the extent of not even being able to depict him?

4)john wrote at the time 666 in greek,if we check the greek writing for 666 it looks exactly like the arabic writing for in the name of Allah. 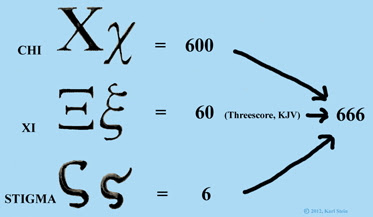 What a coincidence. Can I say john wrote what he saw.

5)JESUS said who is the antichrist?is the one denies the father and the son.today islam is the only religion that denies that Jesus is the son of God.they say Jesus is a prophet.they say no to Jesus authority.he who has understanding let him understand.

6)do u know that the muslims are expecting a 12th imam in the end of days who will come and bring 7 years of peace to the world?do u know that this imam will one day sit in the throne of God in jerualem. does this sound like the antichrist himself in the bible who will defeat the jews and sit on GOD’S throne (the ultimate abomination that causes desolation)and this causes the return of christ.

8)the bible tells us that the Antichrist worships a god of fortress(war).are we familiar with the saying’ god is great’ when the muslims are killing(allahu akbar)

9)the bible says the antichrist does not honour the desires of women.which religion does not care what women think or feel?

10)a lot of bible verses that speak on the return of christ destroying egypt,dedan,iram,lebanon,arabia,syria etc.

why is JESUS specific with the descendants of Ishmael. why is he going to wage war with them during his return? who are they muslim countries?

The nations christ wages war on are the Islamic nations of today, be warned

If islam is a religion of peace can anyone go to saudi arabia and say anything against mohammed and come back alive?

For the muslims why do u get so offended even to the extent of harming others when something bad is said about ur religion or ur prophet?

My brothers and sisters i dont hate u becos JESUS asked me to love pple around me as my self that is y i am speaking the truth now so u would not be decieved for he cometh in peace and decieve many.

An Antichrist that would speak blasphemy against GOD and make people worship the beast by force is already among us be warned.

For JESUS said that if any one tells u that christ is in the desert go not for i am not the one.

The day JESUS would return ALL eyes shall see him even those who pierced him.

You are all saved in JESUS NAME AMEN

The opinion expressed in this article are the author’s own and do not reflect the view of NaijaGists.com.

35 thoughts on “Opinion: Why Do Muslims Behead Christians For Insulting Allah But We Hold Our Peace When Jesus Is Insulted?”