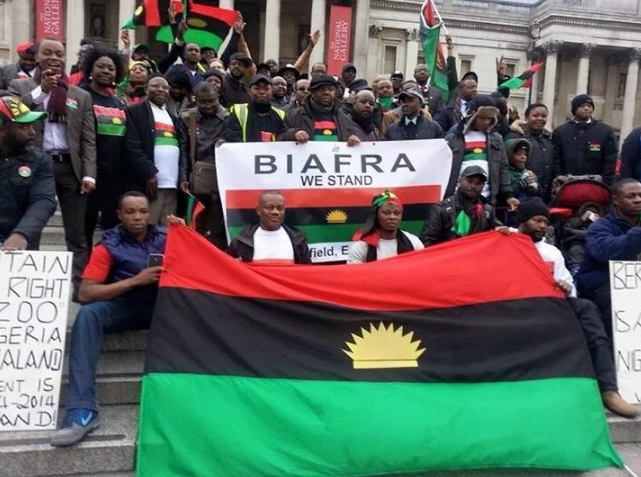 August 25, 2016 – Opinion: Why I Think The Igbos Should Stop Agitating For Biafra’s Realization

I personally do not think agitating for the realization of BIAFRA is the best option for the easterners. No doubt the emergence of the call for BIAFRA in recent years emanate from lack of good governors from our leaders.

Obviously the easterners have being marginalized for decades especially after the civil war. Over the years the Nigerian government have failed to locate industrialization in the south eastern part of the country. The Nigerian government succeeded in reconciling with the easterners after the civil war but what they have failed to do is the reconstruction and the building of industries in that part of the country.

But for BIAFRAN movement to embark on the fight to realize their sovereign state will not be in their best interest at this time.

Firstly, there is division and the creation of new movement within the rank of Biafra.

Secondly, the Niger Delta region which is part of the Biafran map and at the same time an integral part that will serve as the back bone of the future economy of Biafran state is deeply divided with various indigenous leaders and armed groups turning their back at one another.

It is therefore hard to imagine the actualization of Biafra would succeed without the use of force from them which will still not be in their best interest.

Division of a nation sometimes is not always the best as the history of the newest nation in the world SOUTH SUDAN have shown in the last couple of years. They greatly rejoice when voting for the referendum that eventually saw them parted from the NORTH in 2011. But the hard truth is that there is now heavy fighting in this new nation with various tribes vying for power and supremacy.

Thousands of lives have been lost since 2011 up till date. What initially started as a cheerful happiness of departing from there formal nation has now become a reason for every day cry and blood bath in the new nation.

Hence, in seeking departure from the nation, we have to sit back and take a honest look at things and such look must be beyond surface. It is only by then we can now see that there are many numbers at the back of 1. It simply means there is huge problem tied with making a new nation especially one that appear in geographical region of Niger Delta and the eastern part of the country with so many divers ethnic groups at war with each other.

I will rather encourage the fight for good governance in the South Ssouth and South East but still in the same country.

Honestly if we have good governance in place no one will agitate for Biafra.

Continue Reading
You may also like...
Related Topics:agitation, biafra, igbos