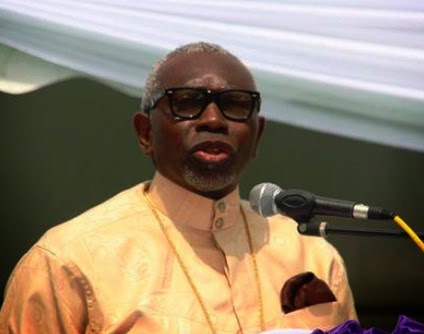 Sept 30, 2014 – Oritsejafor’s Private Jet Was Registered For Preaching The Gospel (Evangelism) & Not For Money Laundering – Falana

Excerpt from new statement issued by Human Right Activists, Femi Falana in Lagos on Monday about the $9.3 Money laundering case involving the President of Christian association of Nigeria and the Federal Government.

“In recent time, some of our pastors have been indicted in the United Kingdom for investing church funds in business in violation of the Charity Act. “

“A jet registered for the facilitation of evangelism cannot be leased to another company for commercial purposes as churches are registered under part C of the Company and Allied Matters Act (CAMA) as non-profit making organizations.

“If Pastor Oritsejafor is lucky that he is not prosecuted for breaching the CAMA, he owes Nigerians a public apology. The CAN leadership cannot afford to engage in attacking its political opponents in a matter pertaining to the breach of the law.”

“Having not learnt any lesson from the disgraceful case of Chief James Ibori, the federal government is currently embroiled in an unnecessary controversy with South Africa over the arrest of two Nigerians and an Israeli for smuggling the sum of $9.3 million into that country.

“The three suspects are alleged to have contravened the provisions of Section 30 of the Financial Intelligence Centre Act NO 38 of 2001 of South Africa which stipulates that a person intending to convey an amount of cash in excess of the prescribed sum of $10,000.00 to or from South Africa must report the prescribed particulars concerning that conveyance to a person authorized by the minister for this purpose.”