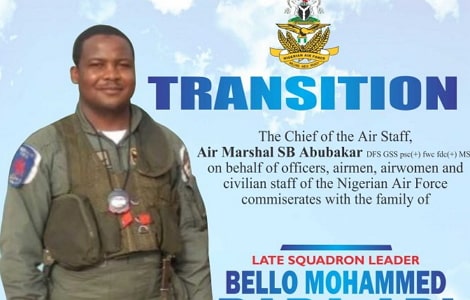 A NAF pilot died on Friday after two planes crashed in Abuja during a rehearsal ahead of the 58th Independence Day celebration on Monday.

The 2 pilots had successfully ejected from one of the ill-fated aircraft only for one of them -Squadron Leader Bello Baba-Ari-to die, apparently from injuries.

“It is with a heavy heart that I regretfully announce that one of the pilots who successfully ejected from one of the F-7Ni aircraft that crashed earlier today (yesterday) has passed on.

“May his soul rest in peace. Additional details on the incident will be communicated later. ”

The Chief of Air Staff, Air Marshal Sadiq Abubakar immediately set up a board of inquiry to investigate the accident, while President Muhammadu Buhari delegated the Chief of Staff, Abba Kyari, and the Senior Special Assistant on Media and Publicity, Garba Shehu, to visit the two surviving co-pilots of the crashed aircraft at the Defence Intelligence Agency Hospital, Abuja.

Among those who attended the burial were Chief of Staff to the President, Malam Abba Kyari, Secretary to the Government of the Federation, Boss Mustapha, and Chief of Defence Staff, Gen. Gabriel Olonishakin.

Others were Chief of Air Staff, Air Marshal Siddique Abubakar, the Senior Special Assistant to the President on Media and Publicity, Malam Garba Shehu, hundreds of officers and men of the Nigerian Army, as well as friends and relatives of the deceased. 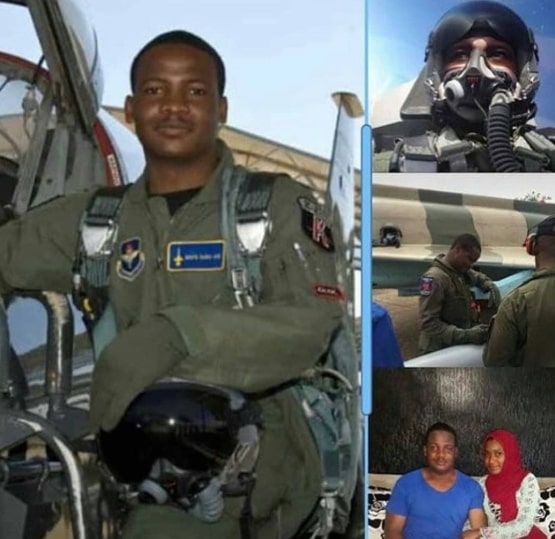 Senior military officers and colleagues of the deceased could not control their emotions as they wept at the burial. 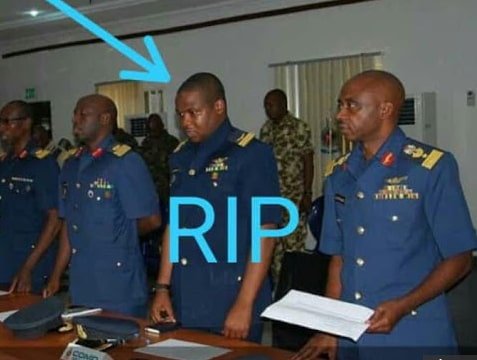 Abubakar said yesterday’s rehearsal was supposed to be the last before the Monday event.

“I think that is the tragic nature of our job. As a combat pilot, sometimes terrible things happen and this is one of those days.

“These officers have been rehearsing for the 58th independence anniversary of their country.

“Everybody was full of enthusiasm, excited to be part of the celebration.Unfortunately, we had this incident this afternoon.

“We have set up a board of enquiry to clearly understand what really happened. This was supposed to the last rehearsal before the actual flying on the 1st of October.

“It is very unfortunate that we lost one of them, but we are also consoled by the fact that we have two of the pilots here who are in stable condition. They have been visited by the Chief of Staff and I have also visited them

“This is something that has to do with the profession of flying combat aircraft and sometimes you can’t avoid these things from happening.”

Commiserating with the survivors at the DIA Clinic, Abba Kyari conveyed Buhari’s grief over the accident. 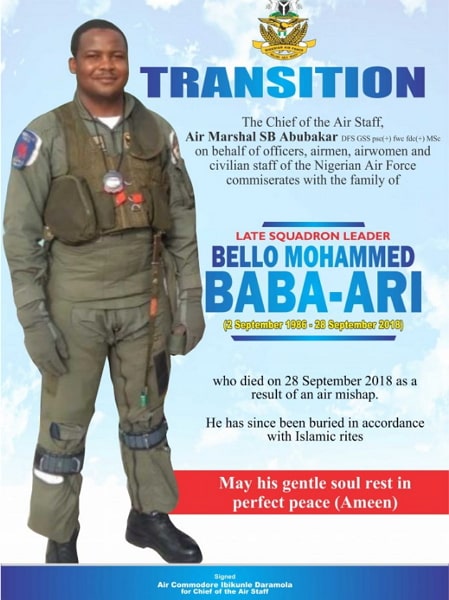 Wishing them a quick recovery,he said:

“The President said we should come and see you and wish you well. He is fully aware.

“He has been informed on what happened. We are proud of your service to your country.”