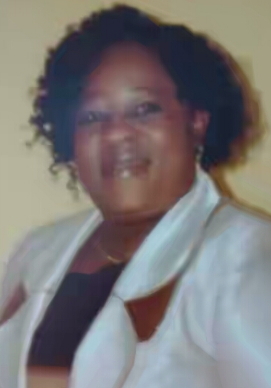 Osun State Governor Permanent Secretary, Mrs Olufunke Oluwakemi Kolawole, who was murdered on the Okene-Abuja Road in Kogi State, on her way to Abuja last Thursday, was not actually killed by kidnappers.

Fresh facts have revealed that Kolawole was killed by suspected assassins who used the opportunity to rob their victim.

Investigations by Sunday Sun indicated that the assailants, numbering about 10 attacked the permanent secretary, who was with a woman simply identified as Olori and her driver, Babaniyi Adesanmi, in a commando style.

Once they forced the vehicle to stop, the hoodlums quickly pulled her out and immediately dealt fatal machete cuts on her with full intent to kill, a sign which indicated they were hired to kill her.

While Mrs Kolawole was being manhandled by her attackers, three of the hoodlums were busy ransacking her handbags in search of money and other valuables.

One of her personal assistants (name withheld) who visited LAUTECH Hospital Osogbo, where her driver, Adesanmi is recuperating, following the major injuries inflicted on him during the attack, gave a blow-by-blow account of what happened, as it was related to him by the late permanent secretary’s driver.

On the fateful day, the driver, the source said, had set out from Osogbo in the early hours to Abuja with his boss who was going to felicitate with a colleague (name withheld) who had just been promoted to a prominent position.

“When they got to the point where she was attacked, they suddenly heard a sound but thought it was the tyre of their vehicle that burst. It was when a vehicle blocked their own that they realized what they heard earlier was a gunshot. Time was about 10.00 am.

“Suddenly, heavily armed men, including a woman came out of a vehicle. It was the woman that first blocked the deceased’s car. Briskly the hoodlums bundled the deceased out of the car and whisked her into a nearby bush where they dealt several machete cuts on her,” the source said.

According to him, as soon as the driver saw blood gushing out of his boss’ body, he fainted. Yet, he too, was brutally attacked and hit severally with some dangerous weapons. Also attacked by the hoodlums was the woman in the car with them when the incident happened.

“The hoodlums made away with an undisclosed amount of money, mobile handsets and other valuable items,” he said.

Sunday Sun further learnt that some Osun State Government officials who were ahead of them during the trip, after getting a hint of the attack, made a U-turn and took the victims, including the deceased, to a hospital in Okene where Mrs Kolawole later gave up the ghost.

The driver and the other female victim (Olori) were later brought to LAUTECH Hospital Osogbo for treatment.

While the woman was discharged immediately, the driver is still recuperating.

The grief-stricken husband, Tunde Kolawole, told Sunday Sun at the family house that the corpse of his late wife was brought to Osogbo last Friday night in a government ambulance and now in the mortuary at LAUTECH Teaching Hospital, awaiting burial arrangements, which would soon be announced.

He commended the state government for its prompt response in rescuing the other two victims who were with his wife when she was attacked and for ensuring that the corpse arrived Osogbo without delay.

Kolawole, who is based in Lagos where he practices Law, shared painful memories of his last moments with his wife with Sunday Sun:

“About three weeks ago, she sent a text message to me. I was in Lagos then. When I read the message, it said: ‘In case anything happens, please take care of the children. Make sure they are comfortable.’

“When I read the message, I thought it was her normal way of asking me to care for the children. I never suspected anything bad, neither did I imagine that anything was going to happen to her.”

Expressing his opinion on how his wife lost her life, Mr. Kolawole said:

“I can’t say whether they were kidnappers because the manner in which they attacked her showed that they were not kidnappers, but robbers because some of them searched her bags and made away with money, her handsets and other valuable items.”