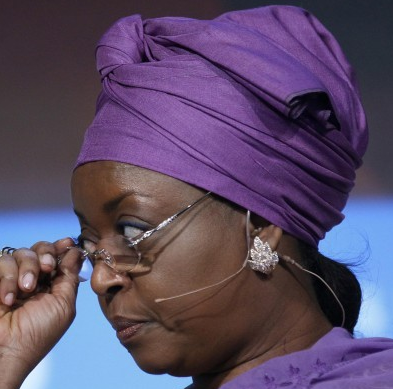 Less than 2 days after the US Department of Justice released details of how part of the $1.5billion oil production contracts funds were laundered, the Economic and Financial Crimes Commission (EFCC) is set to seize a mansion belonging to one of the suspects, Kola Aluko, in Dubai, United Arab Emirates (UAE).

Besides, the commission will apply for the forfeiture of two houses belonging to a former Minister of Petroleum Resources, Mrs. Diezani Alison-Madueke, who was implicated by the U.S. authorities as a beneficiary of the laundered cash.

About five luxury properties have also been traced to a former official of the defunct Oceanic Bank.

All the properties in question have been identified and documented for forfeiture with the UAE authorities, we learnt yesterday.

Besides, the luxury properties in the United States, the EFCC believes Aluko and Mrs. Alison-Madueke allegedly acquired others with the laundered funds.

According to a source, who pleaded not to be named because he is not allowed to talk to the media on the matter, all the suspicious assets have been located in the highbrow Jumeirah, which is the most expensive and exclusive area in Dubai. 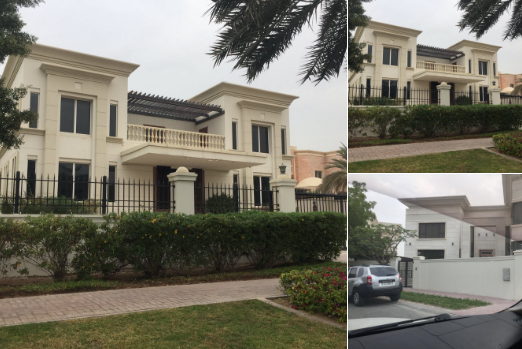 For “security reasons”, the addresses of the mansions of Aluko and the ex-Oceanic Bank official, a woman, have not been disclosed.

The EFCC plans to release the details later.

A source in the commission said: “The EFCC still has a valid Mareva Injunction to freeze some foreign accounts and seize some assets linked with Diezani and her business associates in the United Kingdom and some jurisdictions.

“Besides the luxury properties traced to Diezani and Aluko in the US, we have identified more in Dubai.

“So far, we have commenced the process of ensuring the forfeiture of these assets by the suspects. The EFCC is also verifying the assets linked with Aluko’s business partner, Chief Jide Omokore in Dubai too.

“All the steps taken so far are in line with the relevant laws in the UAE and the six agreements signed with Nigeria when President Buhari went on official trip.”

According to the source, the EFCC believes that “some of the assets were bought with part of the $1.5billion oil production contracts.

”These oil barons and their ilk acquired these properties when Dubai was a safe haven for looted funds. But the UAE has strengthened its laws in a manner that there is no more hidden place for the corrupt,” the source said, adding that the only hurdle the EFCC has to cross is the legal process in the UAE to retrieve the assets. “We are already employing the Mutual Legal Assistance Agreement to get this done.” He said.

The Federal Government has ratified all the agreements with the UAE. This development will hasten asset recovery and retrieval of looted funds.

“We will do our best to comply with their legal procedure,” the source said.

“Statutorily, we have succeeded in establishing that the EFCC is empowered to confiscate the affected assets. We are invoking sections 7 of 28 and 34 of the EFCC (Establishment Act) 2004 and Section 13(1) of the Federal High Court Act, 2004.”

Section 7 says: “The commission has power to (a) cause any investigations to be conducted as to whether any person, corporate body or organization has committed any offence under this Act or other law relating to economic and financial crimes.

“(b) Cause investigations to be conducted into the properties of any person if it appears to the commission that the person’s lifestyle and extent of the properties are not justified by his source of income.”

Sections 28 and 34 of the EFCC (Establishment Act) 2004 and Section 13(1) of the Federal High Court Act, 2004 empower the anti-graft agency to invoke Interim Assets Forfeiture Clause.

“Section 28 of the EFCC Act reads: ‘Where a person is arrested for an offence under this Act, the Commission shall immediately trace and attach all the assets and properties of the person acquired as a result of such economic or financial crime and shall thereafter cause to be obtained an interim attachment order from the Court.’

Section 13 of the Federal High Court Act reads in part: “The Court may grant an injunction or appoint a receiver by an interlocutory order in all cases in which it appears to the Court to be just or convenient so to do.

(2) Any such order may be made either unconditionally or on such terms and conditions as the Court thinks just.”
[The Nation]

Continue Reading
You may also like...
Related Topics:diezani, dubai, mansions