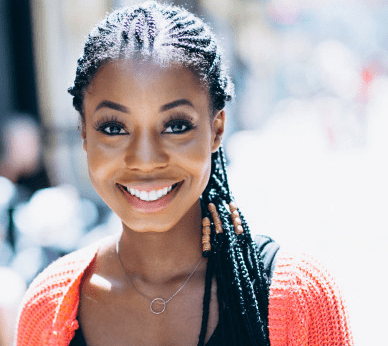 Now what is psychological pain?

An emotional distress ensuing either from a current or past circumstances that has affected one’s life to some degree is known as psychological pain. It may be due to physical injury as stated above or it may be due to non-physical causes.

Any cause of frustration in life may lead to mental pain. A person who may be expecting that his business should flourish but such desires fails and or he or she is frustrated may end up with some sort of psychological pain. A ship that sank in high seas, carrying goods that a businessman had invested all his life savings may cause the businessman to suffer mental anguish. Likewise, acute or long term physical injuries and pain as mentioned may cause pain to the mind. Invasion of a person’s privacy such as in rape or assault may cause serious mental pain to the victim. Meanwhile, trespass into a person’s property especially if accompanied with stealing or threats of any kind may result in heartache.

Disclosure of confidential information by a confidant may cause loss of trust and psychological pain.

Child and adult abuse: child rape, abuse in any form such as sexual abuse, physical, verbal and psychological abuse may all result in painful experience psychologically.

The same thing can be said of bullying as causing emotional distress to the victim.

Guilt feelings due to religious beliefs or feelings of having committed a wrong from cultural perspectives may cause ache to the person. Loss of any kind, bereavement due to loss of loved ones, loss due to any economic or material misfortune may lead to psychological pain.

Defeat of one’s life ambition may cause distress as well. Such experiences as war may cause serious mind aches.

Diseases of enduring nature such as HIV, Diabetes, Hepatitis, and cancer may lead to emotional anguish. Injustice, miscarriage of justice, loss of liberty may cost a person his happiness.

Socio-biological events such as separation and divorce are well known to cause a person to suffer both heart attack and psychological distress.

In general, any event and experience such as war, near death experiences, rape and so forth that may cause flash-backs in the person (post traumatic stress disorder) will without doubt lead to serious psychological pain.

Many forms of unresolved psychological pain can lead to severe depression. And in some cases, shame and suicidal tendencies if left untreated. Emotional pain can sometimes be accompanied by hallucinations or paranoia. Frank mental health disorder or psychosis may result. The individual may seem to change his or her personality with odd conducts.

Psychosomatic disorder e.g peptic ulcer, rashes, headache and other unexplained physical illness may ensue. Misuse of substances such as alcohol, cocaine, heroin and abuse of prescription pharmaceutical agents may be used in attempt to suppress the pain often with devastating consequences. Anxiety, sense of rejection, deliberate self-abuse/harm and mutilation, intolerance of others, self isolation, agitation and restlessness are some features the individual may present to the doctor. Somatic presentation such as peptic ulcer, rashes, headache, loss of appetite, weight changes, and heart attack may occur. Impaired sleep, sweating and restlessness when recounting the event may happen. Avoidance of recounting the event due to distress could overwhelm the victim of emotional pain.

Without any doubt, any distressing pain should be attended to. Any pain of the mind such as bereavement lasting beyond two weeks requires attention of the professionals.

A medical doctor or intervention of a psychologist is required urgently. No time should be spared at the very time of the loss, rape, frustration, failure, assault, physical or mental injury to consult qualified clinicians for help. In most cases, family support and understanding are also crucial to recovery.

Deep seated psychological pain may be resolved in some occasions by counselling and talking therapy as it’s called. In other cases, a more robust approach is required such as cognitive behaviour therapy (CBT).

In some situations, neither counselling nor CBT may work: In such a case, a different therapeutic approach is called for.

One of such approach may be what is called Cognitive Processing Therapy (CPT). The practise may be to combine CBT, CPT and other relevant medications: this is what I may follow. However, some ancillary methods such as reflexology and biofeedback may also help to relieve the pain.

I will also strongly recommend regular exercise as part of the treatment for emotional distress. In conclusion, pain is bad and should not be covered up. Help is available. Seek it and get it.

Debt Free Living Tips: How To Achieve A Debt-Free Life
A Thank You Note To All My Love