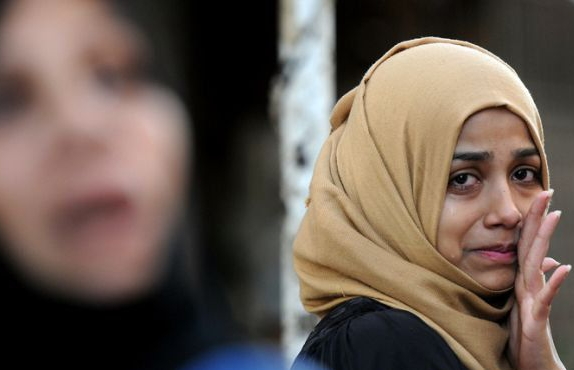 A very bizarre marriage tradition in Pakistan has sent a newly married bride to an early grave.

A woman usually pays dowry to the parents of the man she plans to marry before marriage in Pakistan.

25-year-old Takreem Bibi was killed by her angry in-laws yesterday after they accused her of paying a small dowry.

Bibi who got married on the 4th of September 2015 was forced to drink acid in Daska area of Punjab Province yesterday and died hours later of internal injuries.

Just this past week, a 26-year-old Pakistani bride was poisoned to death by  her husband in Daska for not paying enough dowry.

Bibi’s husband has been declared wanted in connection with her death.

Why must a woman be forced to pay dowry for a man, this is one strange culture.

Continue Reading
You may also like...
Related Topics:bride, dowry, in laws, killed, pakistani