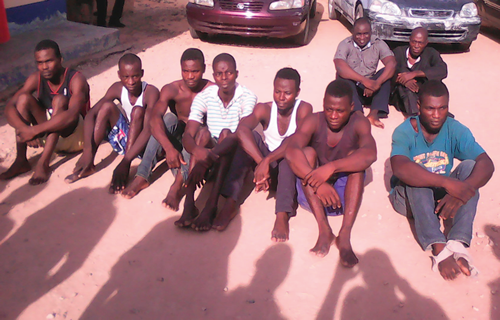 A pastor from Ebonyi state was among the 4 men arrested for snatching a Sienna Space Bus in Nasarawa state earlier this week.

Pastor Stephen Odoh reportedly joined Steve Chima, Isaac Fasse and another suspect to rob one Mrs Ogunyemi Obiageli of her minivan with registration # RSH 648 RB in Karu LGA of the state on Tuesday.

The car snatchers were among the 38 criminals paraded in Nasarawa state yesterday.