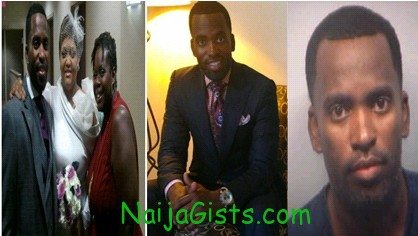 A popular Atlanta-based pastor, Craig Lamar Davis of Atlanta Full Gospel Baptist Church has been arrested for sleeping with several women in his church and allegedly spreading HIV virus to them. naijagists.com

As at the time of this report, two women have pressed charges against the HIV positive pastor.

Pastor Davis has admitted he is HIV positive and recklessly chose to have unprotected intimacy with different women in the church.

A woman named Ronita McAfee claims Davis had intimacy with her while hiding his HIV status.

Ronita said he met Pastor Davis on Facebook and in a short time they started meeting at his home to have intimacy.

Later on in the affair, Ronita said Davis told her one of his ex-girlfriend told him she has tested positive for HIV.

After Davis refused to get tested; she filed a police report and a warrant for issued for his arrest.

She later discovered another woman had contracted HIV from Pastor Davis.