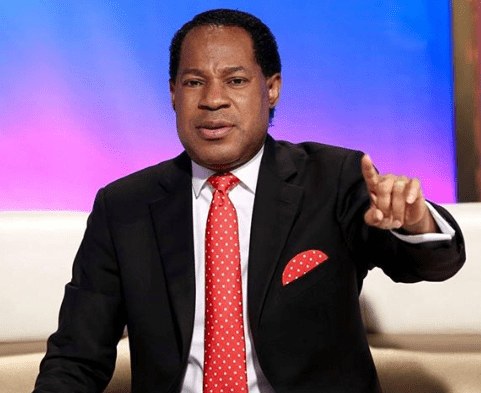 A religious cable channel owned by founder of Christ Embassy, Pastor Chris Oyakhilome, Love World has been sanctioned in the United Kingdom for airing “unsubstantiated claims linking the pandemic to 5G technology.”

The Office of Communications, the regulatory authority for the broadcasting and telecommunication in the United Kingdom, also sanctioned the station for declaring coronavirus is a “global cover-up.”

In a statement on Monday published on its website, Ofcom stated the caution followed an investigation into the matter.

“Our investigation found that a report on Loveworld News included unsubstantiated claims that 5G was the cause of the pandemic, and that this was the subject of a ‘global cover-up’.

“Another report during the programme suggested hydroxychloroquine as a ‘cure’ for Covid-19, without acknowledging that its effectiveness and safety as a treatment was clinically unproven, or making clear that it has potentially serious side effects.

“There is no ban on broadcasting controversial views which are different from, or which challenge, official authorities on public health information.

“However, given the unsubstantiated claims in both these programmes were not sufficiently put into context, they risked undermining viewers’ trust in official health advice, with potentially serious consequences for public health.

“Given these serious failings, we concluded that Loveworld Limited did not adequately protect viewers from the potentially harmful content in the news programme and the sermon, and the news reports were not duly accurate.

“Loveworld Limited must broadcast our findings and we are considering whether to impose any further sanction.”

Oyakhilome alleged in April on the cable TV that the fifth generation of wireless communications technologies supporting cellular data networks was initiated to facilitate a “new world order”.

He had argued that the pandemic was created to instill fear among people in actualising the alleged agenda and that the 5G technology was an initiative of “the Anti-Christ”.