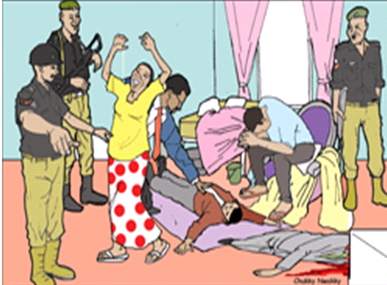 According to police sources, Pastor Udoka Onwe confessed that he is the one who murdered the two because they’re wizards and they planned to use witchcraft to kill him.

He claimed he committed the murder so as to stop them from killing him.

Police sources who confirmed the murder incident said it occurred around 5:00am in the morning.

When asked why he committed the murder, he claimed the deceased planned to use occultic power to kill him.

Udoka Onwa has been arrested and the corpses of the deceased have been taken to Ngbo General Hospital for autopsy.