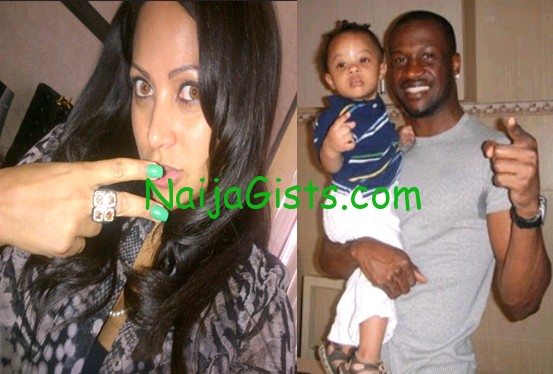 P-Square’s Peter Okoye is currently in a happy mood as he announces the pregnancy of his girlfriend, Lola Omotayo on Twitter. naijagists.com

Peter Okoye and Lola Omotayo already have a son named Cameron who is set to turn four next month.