The Head Boy (Senior Prefect)  of Ijo Mimo High School in Akure, Ondo State capital, died at the weekend after falling from a mango tree within the school premises.

Sources said the incident was the fourth time a pupil would be falling from the mango tree whenever they are sent by their teachers to pluck mango for them.

The deceased, identified as Temitayo Oluwole, was said to have been sent by one of his teachers to pluck a mango after a weekend tutorial class for Senior Secondary 3 students.

One of his classmates said

“We all came for tutorial on Saturday. After the tutorial, one of our teachers asked him to pluck mango. It was while he was on the tree trying to pluck the mango that he fell and died immediately.

“This is the fourth time a pupil would die after falling from that particular tree in this school; and our teachers don’t hesitate to send us to pluck mango for them despite the danger and our cries that the tree is evil. But we can’t disobey them whenever they send us to climb the tree to pluck mango.” 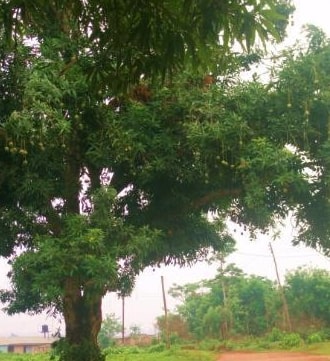 A family source said since the incident happened, none of the teachers nor the principal could be reached as they have all gone into hiding, switching off their phones.

“My son went for tutorial and after the closing hour around 1.30pm, one of his teachers asked him to pluck mango for him. But his leg slipped off the tree and he hit his head on the ground.

“Temitayo was rushed to Abitoye hospital from there he was referred to the state hospital and again referred to trauma centre, where he died by 6.52pm”.