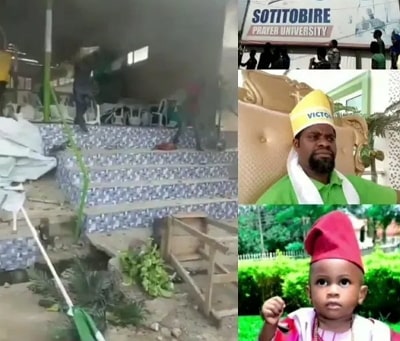 A commercial motorcyclist and police man have been confirmed dead in Akure when angry youths burnt down Sotitobire Miracle Church in Akure Ondo state on Wednesday.

The youths stormed the church after the corpse of a one- year- old boy declared missing in the church some weeks ago was reportedly exhumed.

The policeman was killed by a mob at the scene of the incident while the motorcyclist was allegedly shot dead by a stray bullet.

The church founder was accused of using the missing boy for ritual of some sort.