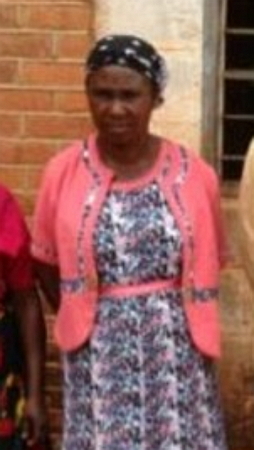 Pastor Mrs Precious Amanze, the wife of a Lagos bishop has been arrested and charged before Ejigbo Magistrates’ court for allegedly defrauding a widow who is her church member to the tune of N2m in Lagos state, western Nigeria.

Reverend (Mrs) Amanze allegedly duped the widow, Oluwatoyin Simonson, under the false pretence of assisting her to clear her debt.

According to the police, Simonson introduced Amanze to an American drug manufacturing company called Clean Shield to market their drugs in Nigeria with a specified bonus to members.

After Amanze was introduced to the network business by Simonson, she provided her office located at College bus stop in Ikotun where every bonus for members would be sent through Amanze’s bank account by Clean Shield.

The members, including Simonson, initially did not suspect any foul play considering Amanze’s status as a pastor and wife of a bishop.

It was alleged that when the bonuses started coming into Amanze’s account for several months for members to share, Amanze reportedly refused to inform other members or pay them any money.

The police also discovered that Amanze was signing Simonson’s signature on her behalf for feedback to the U.S. company indicating that the members were collecting their bonuses.

When Simonson requested her own money to invest in another business, Amanze told her that she borrowed N1m on her behalf with interest and requested that she should refund the money first.

Amanze told Simonson that she should not talk about her bonus because she was still owing her and threatened to deal with her to recover the debt.
After the matter was reported to the police through a petition, the police requested the details of the

payment paid by the U.S. company and it was discovered that Simonson had a bonus of over N2m which was signed off by Amanze without her consent and knowledge.

Amanze confirmed to the police that she actually signed the money on behalf of Simonson without informing her.
Amanze was charged with forgery and stealing under the Criminal Code.

Tragedy In Ebonyi As Fire Kills Mother & All Her 7 Children, Husband Escaped
2 Arsonists Arrested For Setting Fire On News Agency Of Nigeria, NAN Office In Lagos