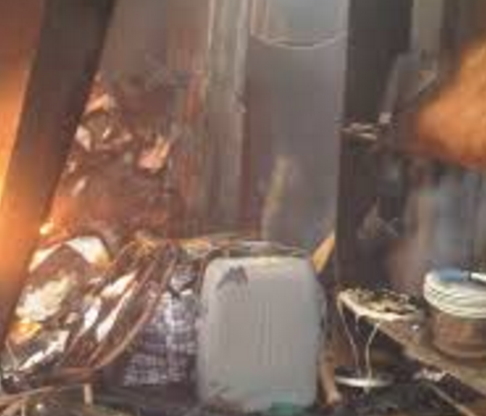 Feb 1, 2016 – Tragedy In Ebonyi As Fire Kills Mother & All Her 7 Children While Trying To Save Them, Husband Escaped

Ebonyi State Police command has confirmed the death of a mother and her seven children in an inferno on Saturday.

“We have commenced investigations into the matter and would make its outcome public on conclusion.
“The cause of the fire could not be ascertained immediately as we would determine this in the course of the investigations,” he said.

Eyewitnesses also told NAN that the victims met their death when the two thatched houses they were sleeping suddenly caught fire at about 3:00 a.m.

“The mother was trapped in the inferno while battling to save her children, as only her husband Sylvanus Nwefuru survived the incident,” a witness said.

“We are still grappling to comprehend this mysterious incident, but as a council we will educate the populace to shun acts that cause fire outbreaks,” he said.

NAN recalls that Ebonyi has been hit with spates of fire outbreaks since the beginning of 2016, which had caused the destruction of properties worth millions of Naira.

Prominent among the disasters were those of a section of the Abakaliki main market and a highly populated residential building in the town.