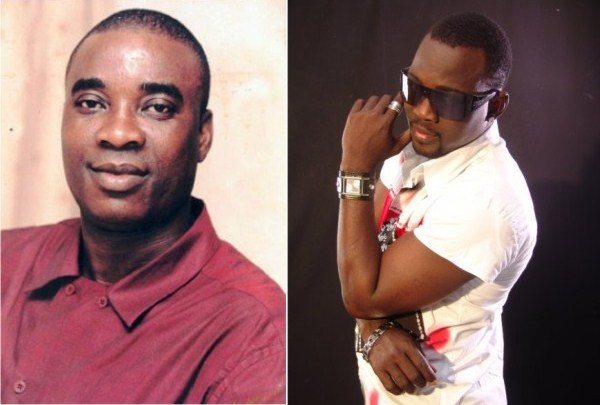 Fuji musician Pasuma Alabi who changed his title from Arabambi to Oganla 1 of Fuji music at the 70th birthday party of Nigerian movie queen, Idowu Phillips aka Mama rainbow on the 21st of Oct, 2012 has cleared the air on the ongoing rumour that music star Wasiu Ayinde Kwam1 is dating his daughter, Wasilat. naijagists.com

The speedy change of title from Arambambi to Oganla1  has generated a lot of buzz with many insinuating Pasuma must have fallen apart from Wasiu Ayinde due to rivalry war.

To clear the air, Pasuma Alabi through his Public Relation officer released the message below few hours ago:

“I have my reasons for leaving Arabambi to create my own identity. let me start by explaining the word Oganla to you. We have all been created by God and have our purpose on earth. At every point in our lives we are expected to achieve certain things and no matter how reluctant you are you will surely do according to God’s will. Oganla mean boss of all bosses. Let me explain it clearly so you don’t get it wrong. God has used me to create a family and has made me the leader of the family and the family is Oganla. It is a Yoruba word that means big boss.

“So, since it is time for me to do according to God’s will, I needed to find a name that will not only appeal but will have meaning and befit my new status. You see when the time is right in anything you do in life you will know. I am doing this at the right time and I felt there is a need to do it and create my own identity. I have been bearing the name Arambambi 2 for several years but I feel the time is right for me to create my own identity.

This is the new Pasuma and you have to accept it the way I present it to you.. We are going into a new year and it is my new year resolution.”

Speaking further on how long he has been thinking of denouncing the Arabambi family and if this will not create enemity between him and K1. He responded that “the word denounce is not the right word. The right word is “Maturity”.

“I have grown and need to start my own family. Let’s take for example when a father gives birth to a child, he will bear his father’s name and remain under his tutelage for a particular period of time. Someday he will grow matured enough to get married and start his own family. Will the father be happy or sad? Of course he will be happy and will even be looking forward to having grandchildren and great grandchildren. The same thing applies here.

“I am still loyal to K1 but I am like that child who needs to leave his father and start his own family and same goes for K1 who will surely be happy to see me grow and matured enough to create my own family in the fuji music sector. It’s funny how people are spreading rumours that I and K1 are not in good terms. Have you heard anything like we are not in good terms or have disagreed over anything?

“This is not about K1, it is about me wanting to do my one thing. It is about me making an independent move but since there is no way people won’t bring K1 into it, I wish to make it clear now that K1 will be happy for me. He has always known I will grow to start my family someday. Arabambi was created by K1 and I have done my own thing called Oganla. Let me take you back a little.

“Like I said earlier I am still loyal to him and everyone in the industry knows that. I don’t see any reason anyone should start thinking there is a fight between us else the person has a shallow mind.

For no reason do I expect anyone to start thinking I have issues with K1. I remain 100% loyal to him. As a matter of fact Oganla is affiliated to Arabambi except that I no longer bear the name Arabambi 2 but Oganla 1”

Wasiu Ayinde Kwam Is Not Dating My Daughter, Wasilat

Right now, rumours making round the music industry is that Pasuma fell apart with K1 because he was alleged to be having an affair with his daughter Wasilat.

Responding to this, his manager Afolabi Oyekoya says “this is the funniest thing I have ever heard in my life. Yeah, he has moved on to create his own identity but can’t believe people can be so shallow minded to insinuate issues like this. It’s an insult to K1 and Pasuma. Why on earth would anyone even bring his daughter into this issue?

To be frank, there is no Iota of truth in the allegation. There is no misunderstanding between Pasuma and K1 so I don’t understand why people just want to create a big deal out of nothing.”

On a normal day he would not have responded to such issue but with the sort of society we live in, such grave allegations should not be left unchallenged, especially when it is untrue. Bringing an innocent young girl into this is an insult to the father and he detests the carriers of such information in its entirety.

The person that started the rumour must have started life somewhere and worked for someone. Is he/she saying that, when he left his boss to do his/her own thing, he fell apart with him because he slept with his mother, wife, sister or daughter?

Must people be so shallow minded and irresponsible to make such comment? His daughter should be left out of it because in no way does she have anything to do with his father’s career nor why he denounced Arabambi to create his own identity. Well, everyone in Nigeria is now a reporter but there are still professional journalists.”

Pasuma who is busy rehearsing for his new album scheduled for release in December 2012 added that: “people say a lot of things when issues like this arise.

As far as I am concerned I am not bothered about the rumour because it is total rubbish and irrelevant. I remain loyal to K1 and the rumour is to create a misunderstanding between us but that will not happen because we are matured enough to handle it.”