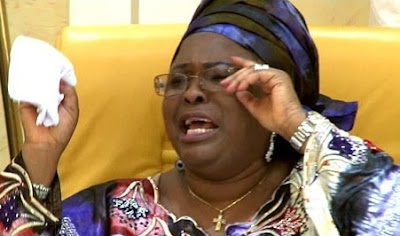 Accusing Magu of being bent on destroying her family, the former president’s wife said she believes that she is being targeted for the role she played in the 2015 election.

Madam Faka was actively involved in the reelection bid of her husband. She toured the length and breadth of the country, campaigning for him.

In a statement sent to TheCable on Monday, Belema Meshack-Hart, chief press secretary to the former first lady, said despite campaigning against him in the presidential election, President Donald Trump did not move against Michelle Obama.

“We believe that she is being systematically persecuted and punished because of her unflinching support for her husband during the 2015 elections,” the statement read.

Continue Reading
You may also like...
Related Topics:Buhari, patience jonathan

Monday Inspiration: Never Allow Fear To Force You To Give Up On Your Goal
Magu Risks Arrest For Shunning House Of Rep. Invitation On Petition Filed By Patience Jonathan