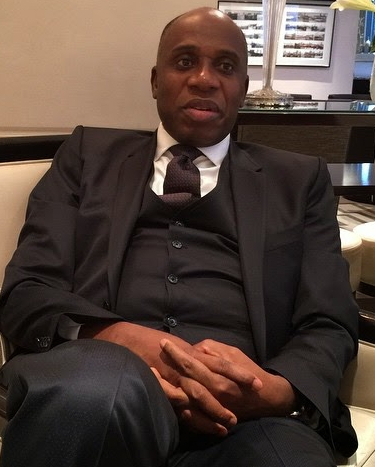 A petition against Rotimi Chubuike Amaechi from Senator George Sekibo, a Peoples Democratic Party, PDP, stalwart from Rivers East Senatorial District, threw the Senate into a rowdy session on Wednesday.

The former governor of Rivers State, who is one of the ministerial nominees whose names were submitted by President Muhammadu Buhari to the Senate for screening and approval, was accused of fraud and corruption in the purported petition.

In a bid to prevent the successful screening of Rotimi Amaechi, the PDP chieftain rose up to submit the petition supposedly written by people from his senatorial district.

However, Senators elected on the platform of Amaechi’s ruling party, All Progressives Congress, APC, shouted him down.

It took the intervention of the Senate Chief Whip, Olusola Adeyeye, to restore order.