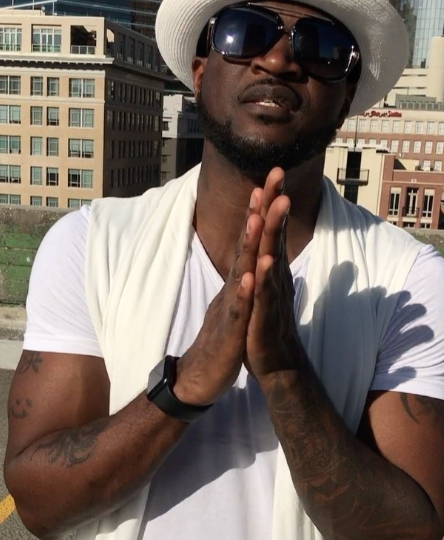 It is official! Peter Okoye of Psquare has confirmed his rumoured split with his Twin brother, Paul, who allegedly tarnished the image of  his wife, Lola Omotayo online few days ago.

The singer who is getting ready to drop a new single officially unveiled his personal YouTube Channel which he opened around the time he had issues with his brother last year today via his official Instagram page @peterpsquare. 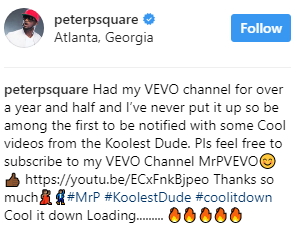 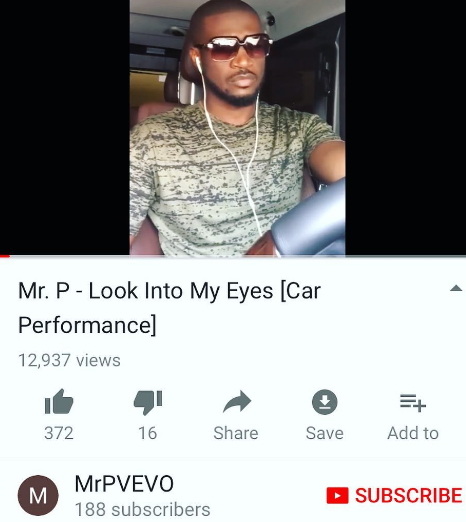 Genevieve Nnaji Is Married To A White Man, This Must Be Her Husband – Fans Argue
Video: Mercy Aigbe Breaks Diet As She Eats Amala & Ewedu With Goat Meat At Designer’s Place