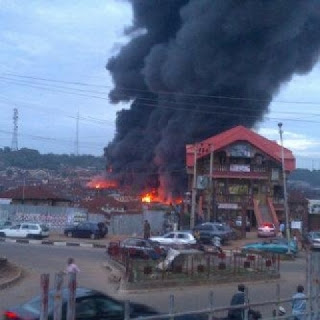 Early Tuesday morning in Omitowoju area of Ibadan, the largest city in Nigeria, a petrol tanker caught fire while traveling along a local restaurant.

The fire caused a raging explosion that destroyed over 25 houses and 45 commercial shops in the area.

NEMA officials have put the fire under control but the casualities figure couldn’t be ascertained as at the time of this report.

But eye witnesses revealed that more than 10 people were burnt to death in the inferno.