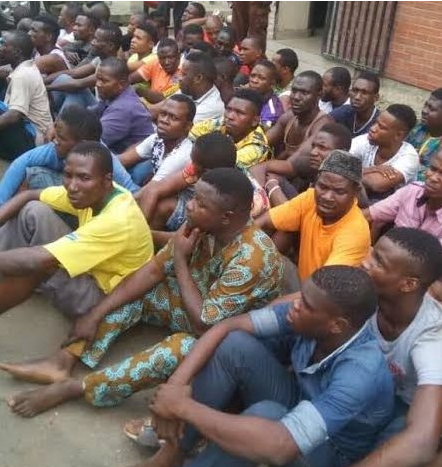 The officials of Lagos Police Command in conjunction with other agencies today arrested 133 badoo suspects in different parts of Ikorodu, Lagos.

It was gathered that the joint operation led by the Deputy Commissioner of Police (DCP) in charge of Operations, Imohimi Edgal, stormed Ikorodu in the early hours of Wednesday following fresh intelligence.

We gathered that most of the suspects were raided at Majidun, an area hitherto occupied by militants.

Today’s was the fourth since the security forces began clampdown on suspected cultists, ritual killers and kidnappers terrorizing Ikorodu.