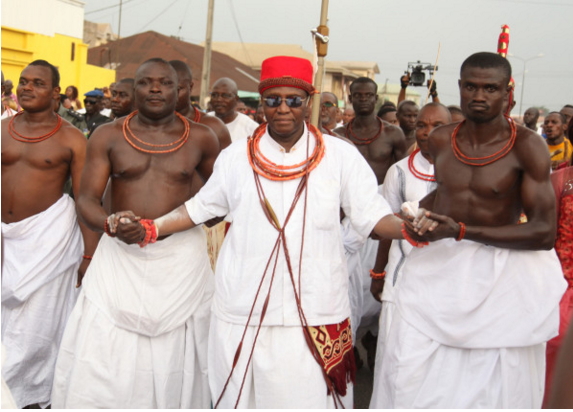 The Iyan-Ehien is said to be the highest level of chieftaincy rites which serves as a gateway for high spiritual attainment.
Palace chiefs that performed the Iyan-Ehien are accorded special respects.

The Ogbe group under the Ihama N’ Ogbe among the palace chiefs are to play a major role during the 14 days rites.

Before the Crown Prince began his journey to the Oba Palace for the rites, he conferred chieftaincy titles on some persons in Uselu community.

The titles conferred were the Ese N’ Uselu, Oshodi N’ Uselu and the Omuemu N’ Uselu.

Security operatives were at various positions in Uselu and Benin City to ensure free flow of traffic yesterday, while chiefs were seen at the Oba of Benin Palace waiting for the arrival of the Crown Prince.

Continue Reading
You may also like...
Related Topics:benin, coronation, oba