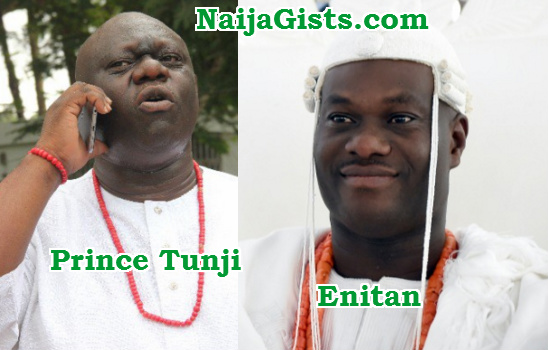 Unknown to many, the keenest contest for the Ooni’s stool against Oba Adeyeye Enitan Babatunde Ogunwusi (Ojaja 11) last year came from his immediate elder brother, Adetunji. The two brothers have many things in common, being blood brothers from the same father and mother.

Both of them are big players in the real estate sector, particularly in the Lekki-Ajah axis of Lagos. But while the things they have in common had strengthened their relationship over time, the contest for Ooni’s stool resulted in a family feud, as Prince Adetunji refused to step down for his brother until their father mounted pressure on him to yield the stool to his younger brother.

And it was not only Prince Adetunji’s father that appealed to him. Other influential, well-meaning Nigerians also had to intervene. It was after the pleas and series of family interventions that Prince Adetunji reluctantly agreed to step down for the then Prince Enitan.

Indeed, Adetunji had to travel out of the country for months after his younger brother was announced as the Ooni. Family sources said their father had to lead other family members to Lagos to plead with Prince Adetunji to step down.