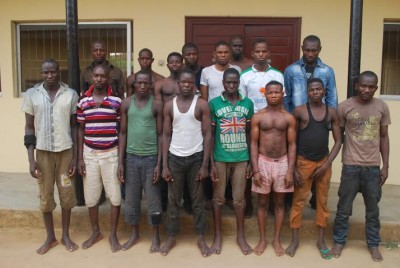 15 members of a notorious cult group terrorising Agege Lagos residents have been picked up.

The members of the deadly cult known as Awawa Confraternity were arrested by the RRS yesterday following a tip off by vigilant residents.

A resident who requested anonymity said Awawa cultists are known for committing all sort of crimes including raping , robbing and looting of properties.

The members of the deadly gang have killed close to 30 people since July of last year.