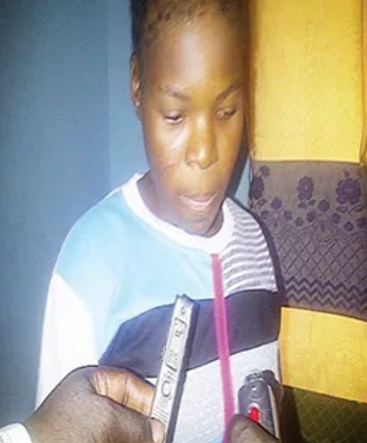 Another devil in human form has been arrested in Niger State for allegedly severing the penis of her 2-month old step son.

Buhari Dauda who was left in the care of Baraatu after his mother stepped out for a function over the weekend reportedly survived the attack after doctors battled to save his life.

The sad news is that doctors said Buhari Dauda can’t have a functional penis when he eventually grow up into adulthood as his genital has been badly damaged by Baraatu. 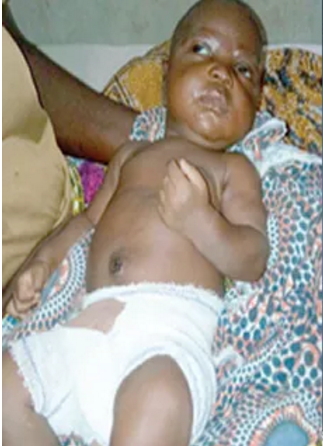 Investigation showed that the mother of Buhari (Bashira) could not conceive after five years of marriage. There was pressure on her husband to get a second wife.

But unknown to the husband, Bashira was pregnant before he took the second wife, Baraatu, four months ago. When Bashira’s pregnancy became noticeable, Baraatu was not happy. She decided to kill the baby after birth.

“This is our first child five years after marriage. I only married Baraatu four months ago and I cannot remember offending her in anyway to have warranted this act.” –  the father of the innocent boy tells police

The suspect who blamed the devil for her action is currently cooling off in detention.

The baby will be transferred to Abuja for better treatment this week.