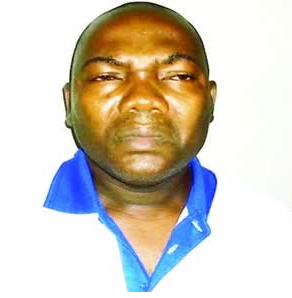 42-year-old part time lecturer at the University of Lagos, Akoka campus who was accused of raping a teenager has been arraigned.

Afeez Baruwa was arraigned before an Ikeja Magistrate’s court in Lagos yesterday as his wife and relatives watch in disbelief.

Baruwa was arraigned by the police on one count of rape.

The charge read, “That you, Baruwa Afeez, of Block 73, Flat 2, Abesan Estate, Ipaja, Lagos, on July 23, 2015, at about 09.25 hours, at the Faculty of Business Administration Annex building, Room 8, University of Lagos, in the Ikeja Magisterial District, did unlawfully rape one (name withheld), aged 18 years, and thereby committed an offence punishable under Section 258 of the Criminal Law of Justice, Law of Lagos State of Nigeria, 2011.”

He pleaded not guilty and was remanded in Kirikiri because he couldn’t fulfill his bail term of N250,000 with 2 sureties in like sum.