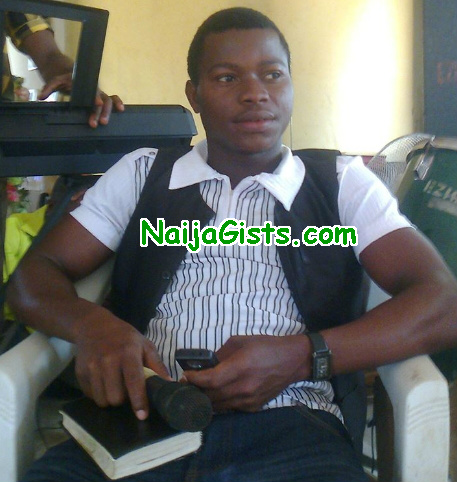 August 6, 2016 – Picture: Assemblies Of God Church Pastor Kidnapped In Ikwerre Rivers State On His Way To Visit Ex Cultist Who Converted To Christianity

A pastor of the Assemblies of God church in Ubima area of Rivers state has been kidnapped.

Pastor James Enyidah was heading to a police station to bail a former cult member who recently converted into Christianity when some gunmen held him hostage.

A church member identified as Chibuzor Amadi who was with the young Pastor before his abduction said about 6 armed gunmen dragged Pastor Enyidah out of the car into the bush.

The kidnappers are yet to contact the Pastor’s family members.

Continue Reading
You may also like...
Related Topics:assemblies of God pastor, kidnapped

Photo: Confusion As Obasanjo Attends PDP Event In Abuja
Nollywood Actor Who Set Himself On Fire Says He Took The Role To Spice Up His Career
Advertisement