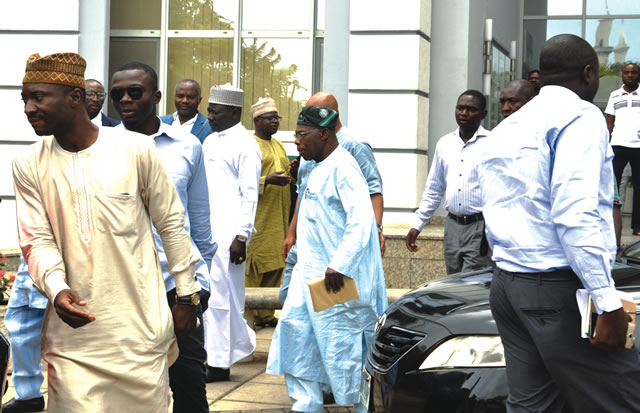 The former President caused a mild drama as he showed up at the inauguration venue of the PDP National Convention Committee in Abuja yesterday.

Obasanjo who torn his PDP membership card on the 16th of February 2015 left PDP leaders running helter-skelter when he showed up at Shehu Yaradua Centre on Friday.

It was later discovered that Obasanjo didn’t attend PDP event.

He was there to attend a programme on Agriculture that held at a different building inside Shehu Yaradua Centre.

Interestingly, leaders of the PDP rushed to pay homage to the former President when he was sighted at the venue.

Obasanjo reportedly greeted them briefly before proceeding to the Agricultural program he had come for.

I Cut My Hair For Tomboy Movie Role – Nollywood Actress Defends Self
Photo: Assemblies Of God Pastor Kidnapped In Ikwerre Rivers State On His Way To Visit Ex Cultist