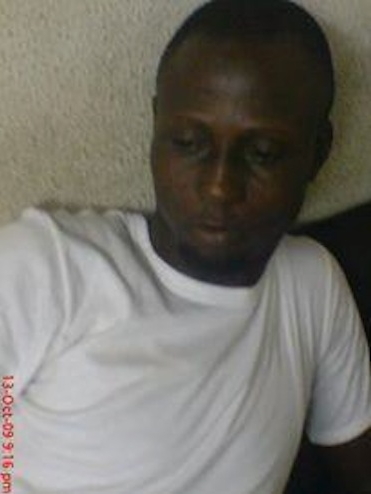 A 37-year old barber, Yusuf Adelopo has been arrested by the police at Mushin division for allegedly defiling his neighbour’s 7-year old daughter in Lagos state, western Nigeria.

The incident happened at Okesanya street in Papa Ajao at Mushin where the parents of the girl reside and Adelopo barbing saloon is located.

The Ogun state-born barber who is married with a daughter was arrested on Tuesday after it was confirmed by doctors at Mushin General Hospital that the girl was defiled.

The little girl had told her parents that when she returned from school she did not find any her siblings at home so she went to Adelopo’s shop to ask for the whereabout of her brothers.

She said Adelopo took her to their apartment and found out that the flat was under lock and key.
She narrated that Adelopo then went to bring a bench and put it on the staircase. He then removed her pant and forced his way into her.

She said after the act, he brought a rag and cleaned her private part and asked her to wear her pant back.He then took her to his saloon where she waited until her elder brother returned from school.

When our reporter visited Olosun police division in Mushin where the matter was reported, Adelopo was detained in the cell.

Efforts to speak to Adelopo at the cell proved abortive as the police insisted that he would not talk to our reporter.

The police Public Relation officer, PPRO, Dolapo Badmos however confirmed the incident and said that the police have commenced investigation into the matter.

She said the father of the victim was insisting that he did want to continue with the matter and wanted the case to be withdrawn.

When our reporter visited that Station on Wednesday, police sources said the matter has been transferred to SCID in Panti, Yaba.