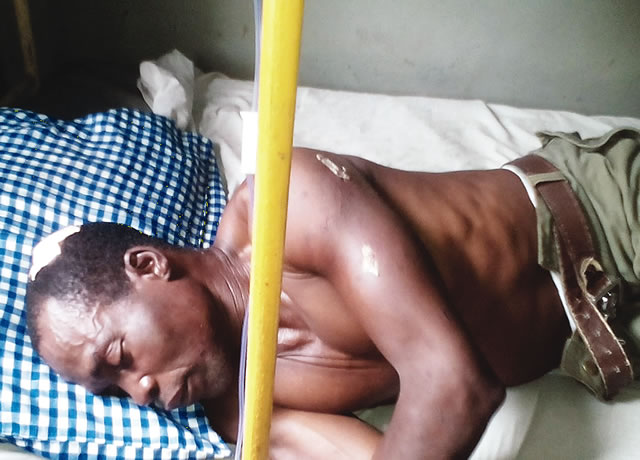 Pictured above is 50-year-old Oyadara Adeleke, a family man who was accused of robbing a big madam on the 10th of September.

The deceased who was a bricklayer was accused of robbing his taxi passenger last month.

He was traced to his house in Kujore area of Iwelepe in the Sagamu area of Ogun state where he was beaten to a pulp before being dragged to the police station.

Here is what the widow of the deceased told police yesterday:

The wife of the deceased bricklayer said contrary to the claim of those who killed her husband, the man was never a taxi driver.

He succumbed to his injuries at Olabisi Onabanjo University Teaching Hospital on Sunday.

His family members have hired a lawyer to take up the case.