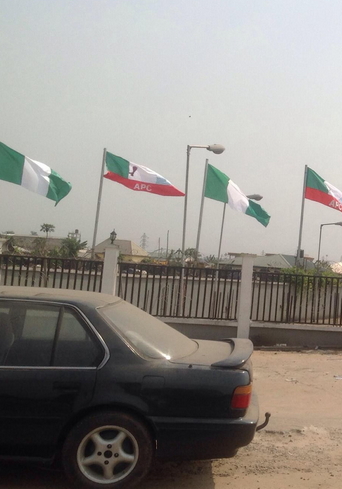 A gang of yet to be identified gunmen on Thursday evening shot and killed a chieftain of the All Progressives Congress (APC) in Akoko- Edo local government of Edo state, Captain Samson Amineshi (rtd).

He was shot along the Igarra-Okpe road.

He was said to have attended a social function in Igarra and was driving back home to Okpe in his car with two other occupants ‎when they were said to have been flagged down by the gunmen, he was said to have dogded them and sped off not knowing another lay metres away.

Other occupants were said to be hidden inside the car when suddenly the second group appeared and fired directly at the late Amineshi who was said to have died on the spot while unknown amount of money was said to have been collected from the occupants.

But another version suspected assassination as the gunmen were said to have shot directly at him and sped off in a motorbike which they had parked close by.

He was a former councilor in the council and was believed to be preparing for council election to be due soon in the state.

Family sources said the matter has been reported at the Igarra police station.