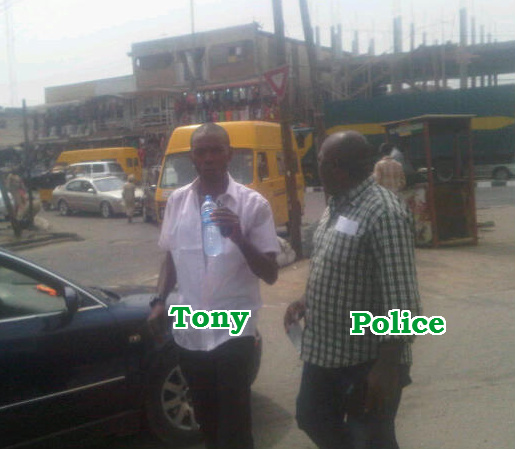 A popular clearing and forwarding agent has been arrested for allegedly duping a Nigerian based in Canada.

The suspect identified as Tony Benson reportedly cleared one Damian Ikeokwu’s container and spent the money to settle his debts and then went into hiding.

Canada-based Damian Ikeokwu who owns a car dealership business in Nigeria reported the matter to the EFCC. His case was then forwarded to the FCID in Alagbon.

He was caught over the weekend at his hideout in Ikeja Lagos after over 6 months in hiding.