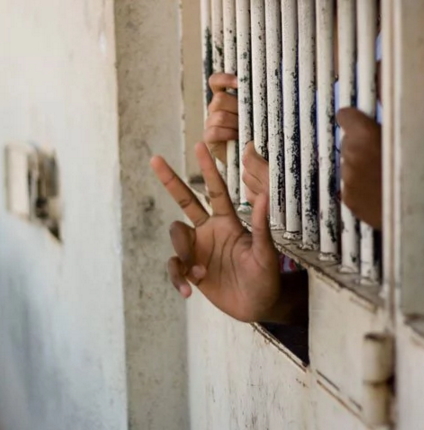 The court however granted bail to a 62-year-old grandfather, George Onaighinor, who was charged alongside the convict.

They were both charged for indecent sexual assault, unlawful carnal knowledge of their victim.

The prosecutor, Police Corporal Godwin Uangbayo, said the offence is punishable under section 218 and 360 of the Criminal Code Cap 48 Vol II laws of the defunct Bendel State of Nigeria 1976 as applicable to Edo state.

Chinedu who pleaded guilty to using his hands to fondle the breast of his victim, however pleaded not guilty to the charge of having unlawful carnal knowledge of the victim.
He told the court that he touched the victim breast only twice.

While Chinedu Owribor was sentenced to two years imprisonment with an option of N100,000 fine by the Presiding Magistrate, Mrs. Mefo Adebayo, the 62-year-old grandfather, George Onaighinor who pleaded not guilty was granted bail in the sum of N300, 000 with a surety in the same amount who must be gainfully employed.

Onaighinor was accused of violating the under-aged girl between January and December, 2014.
He pleaded not guilty to the two count charge of unlawful carnal knowledge and fondling of the girl’s breast.

Magistrate Mrs. Adebanjo adjourned the case till March 21 for hearing.‎