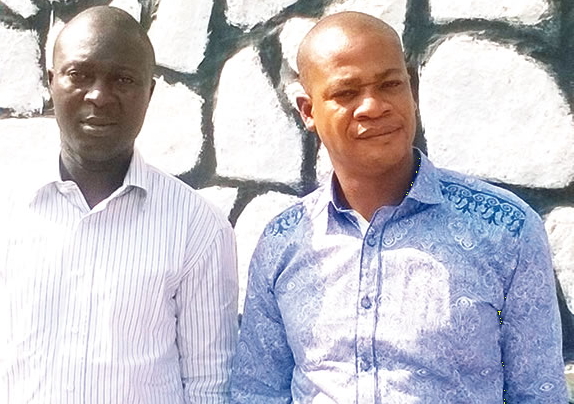 41-year-old Ikechukwu Aghanenu, a manager with Ecobank Nigeria Plc, Ejigbo branch, was on Wednesday arrested for allegedly collaborating with a suspected fraudster, Anthony Okpala, to defraud two customers of N14m.

The customers are Mrs. Oluremi Egunjobi (now late), and one Rabiu Lawal, who is based in the United Kingdom.

34-year-old Okpala alongside another suspect still at large had presented themselves to Aghanenu as the relatives of the deceased with some forged documents authorising the bank to release the sum between September and November 2015.

Within the same period, according to PUNCH reports, the police said Okpala paraded himself as a business partner of Lawal and allegedly collaborated with Aghanenu to withdraw N10m from Lawal’s account in tranches.

According a police source, “The bank reported the fraud to the police and in the course of our investigation, it was discovered that the fraudulent transactions were carried out by Okpala with the knowledge of the ex-manager and others at large.
“Okpala presented himself and another suspect at the Ecobank’s branch in Ejigbo as relatives of the late Oluremi (Egunjobi) and instructed the bank to liquidate her account, which was done through the help of the ex-manager. But he (Aghanenu) denied knowing Okpala.

“The other victim, Lawal, works in the UK and saves money at the bank with the hope of using the money to invest when he relocates to Nigeria. It was when he checked his account balance that he discovered the withdrawals and complained to the bank.”

Friday Mameh, the Police prosecutor arraigned Aghanenu and Okpala on Thursday before an Igbosere Magistrate’s Court on five counts bordering on fraud and forgery.