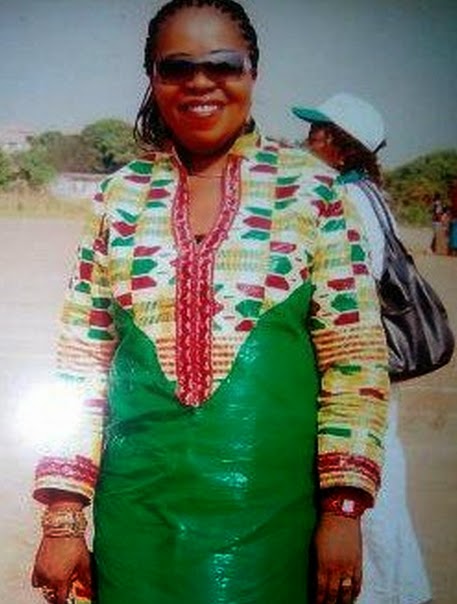 A 59 year old grandmother was Wednesday found dead in her bedroom at the One Day Road, Awkunanaw area of Enugu.

The woman identified as Mrs. Agnes Elue, from Ogwashi-Uku, Delta state was said to have been clubbed to death last Sunday by her teenage house boy whose identity was being withheld.
Elue was an academic staff of the Federal Government College, Enugu‎ before her death.

She was popularly known as “Nwanyi Maluogo” by neighbours because of her kind disposition.
The house boy, according to sources, is a close relation of the deceased.
Police said the house boy who concealed the murder for 4 days confessed that he used a pestle to hit the woman during a scuffle.

Enugu Police command spokesman, Ebere Amaraizu who confirmed the incident disclosed that the lid was blown open Wednesday morning when the same house boy went to a widow’s flat in the same compound and attempted to rape her.

He had gone to the widow demanding N2000 from her but before the widow could reply him, he pounced on her and was stripping her naked when the alarm raised by the widow attracted the attention of the caretaker of the compound.

The caretaker promptly rushed to her rescue and dealt several blows on the boy while the widow also hit the boy with a pestle.

It was at this stage that people rushed and arrested the boy. He was taken upstairs to ‎report to his madam only to discover her decomposing body in her bedroom.

The house boy instantly confessed that he killed her on Sunday night while it was raining.
He did not give reason for his action.

But the police are not ruling out rape since the body of the woman was without clothes when it was found.
Amaraizu confirmed that the house boy who is also from Ogwashi-Uku in Delta State is in their custody while police investigate the murder and the attempted rape.

[By Chris Orji, The Nation Enugu]