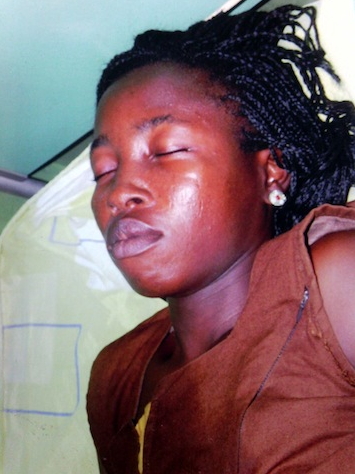 A young female Keke Napep rider identified as Remi Johnson who was pushed to the ground last week by an overzealous LASTMA official is still fighting for her life at the FRSC hospital in Ojodu Lagos.

The widow and mother of 2 was attacked last week by an official of the Lagos State Traffic Management Authority while she was pleading on behalf of her brother, Smart Ofariko who was arrested at Ogba Ojodu for obstructing traffic.